In the midst of all the rape accusations going on around the world, Dorcas Shola Fapson, popularly known for her role in TV series, Shuga, was allegedly caught up in what she describes as a near-rape incident.

According to her, Henry Nnaemeka, the driver of the Taxify she boarded, tried to kidnap her but she was saved by her pepper spray.

However, he says otherwise: 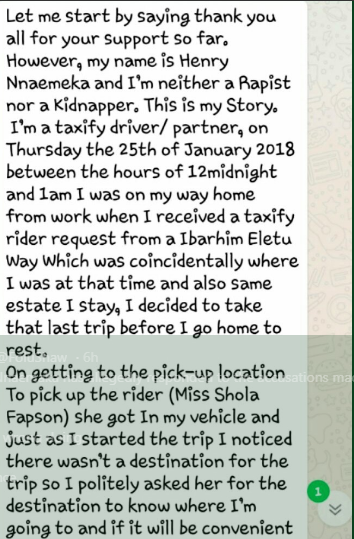 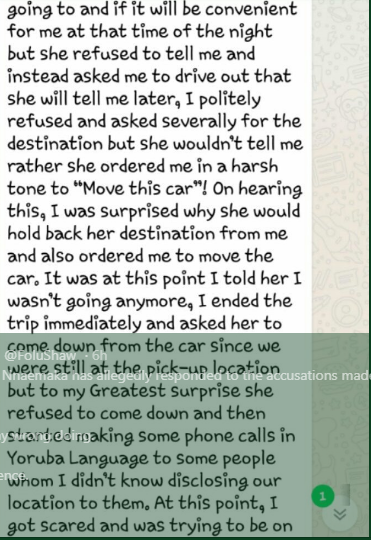 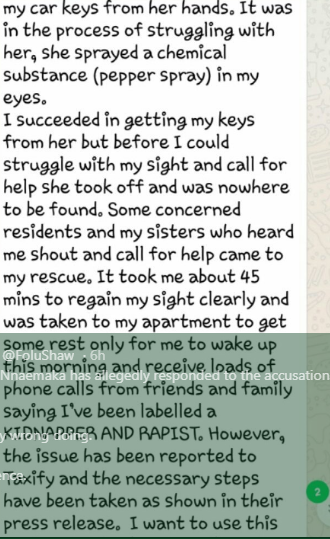 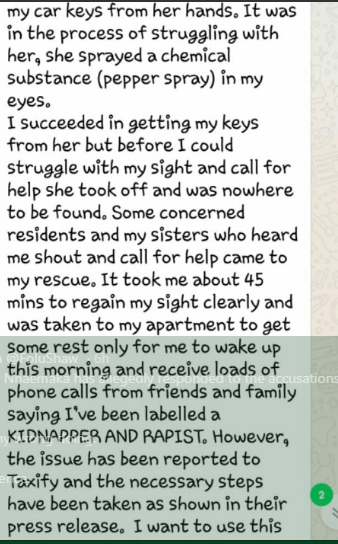 The graduate of criminology also explained her side of the story

Here’s The Full Video Of Miss Dorcas Fapson Narrating Her Ordeal With The Taxify Driver Who Assaulted Her. pic.twitter.com/FSJQ3onCYX

Celebrities like Eku Edewor and Adekunle Gold and a few Nigerians have come to her defense.

This thing is vexing me, man. There’s actual video evidence; people are still doubting her?!

So if Dorcas didn’t record that video, what chance would she have in the Nigerian “court of public opinion”?

When someone narrates their ordeal these days, they get bashed and judged and you wonder why people don’t speak up when they are in trouble? I am reading comments on a blog; people abusing Dorcas for making the story up, other animals saying she’s proly dressed indecently. SMH

Despite the video, a lot of Nigerians are still not convinced.

I don’t see any rapist nor kidnapper.
I see a tired and upset driver who acted irrational.
I also see a terrified Dorcas who was rough handled by a man.
Taxify’s manager on the other hand reached out to Dorcas as per customer is first bt shdnt have made any indicting statements-

My friend just watched this video and said this girl is making this up…
Your kidnapper got down to open the gate, the car engine was still on and you couldn’t zoom off?? And the next thing was snapchat?
Dorcas, say sth else please!!!!

This taxify story sounds too embellished for me. Why was The video muted at some point?,why didn’t I see your torn clothes or the guys finger marks on u? Why wont u just show us the whole damned video? Sorry to announce to you Dorcas, but u are about to loose one stalker.😤

Haha; How can you face a trauma like that and you still use snapchat filter and makeup on your video?

Meanwhile, Taxify has removed him from their platform.

Music Watch: Laycon Releases Video For "Fall For Me" Featuring YBK
1 day ago 0