The two-day fashion exhibition which happened on the 12th and 13th of November at the Landmark Event Center set the bar high on fashion events in Nigeria. It featured runway exhibition, clothing exhibitions, shopping experience and masterclasses by international professionals.

Top designers, makeup artists and models were featured for the duration of the event. It was also well attended by socialites, celebrities, fashion enthusiasts and lovers.

1 of 10
In his reply brief, Appellant’s Counsel submitted that the Respondent’s submission on the provision of Rule 2 (8) of the Code of Conduct for Judicial Officers relied upon by the Respondent
Just when one thinks the ugly past of working without pay, was over for Nigerian civil servants, the workers’ survival and welfare have again come under severe attack for over five months
Key stakeholders in the Nigerian Justice Sector have advocated the building of structures and capacity nationwide to ensure effective implementation of the Administration of Criminal Justice Act 2015
A Lagos Magistrate Court sitting at Murtala Muhammed International Airport, has found a salesman, Azeez Williams guilty of stealing and sentenced him to three years imprisonment without option of fine.
The Director-General of Nigerian Copyright Commission (NCC), Afam Ezekude, has expressed the renewed determination of the Commission to clampdown on activities of Pirates 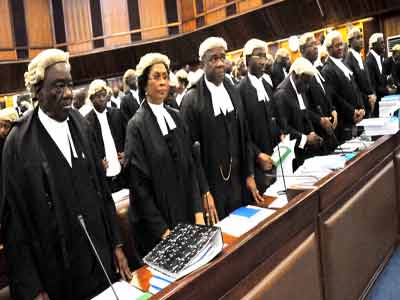 PHOTO: nba-slp.org
Justice Beatrice Oke-Lawal of a Lagos High Court, Igbosere has awarded the sum of N400 million against Alhaji Abdu Garba Dantata in a suit filed by Lotus Capital Limited over his failure to honour a guarantee he issued on behalf of AMS Logistics Limited. 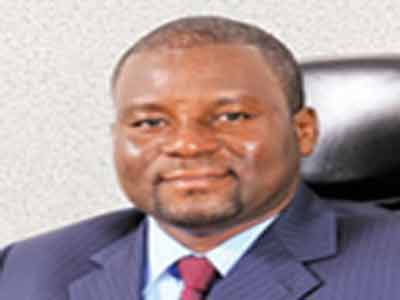 PHOTO: dangcem.com
Solicitors to a media research and consulting firm, Delphi Media Consulting Nigeria Limited has insisted that the N25 million suit it filed against the Nigerian Institute of International Affairs (NIIA)
A lawyer and rights activist, Kabir Akingbolu has in two separate suits sued President Muhammadu Buhari and his vice, Yemi Osinbajo at the Federal High Court, Lagos for failing to make public their assets declaration