Imperative of a well funded department of film studies 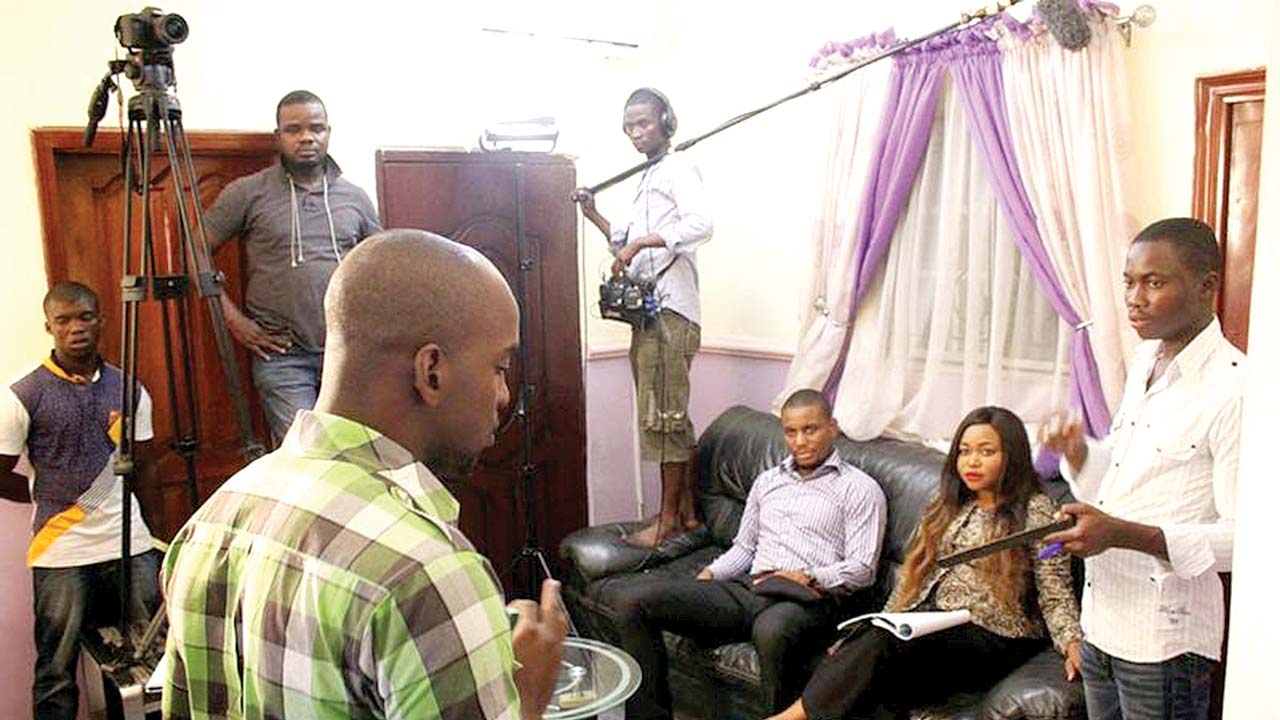 A location shot from the movie Somebody Lied PHOTO: CHUXIPRO PICTURES 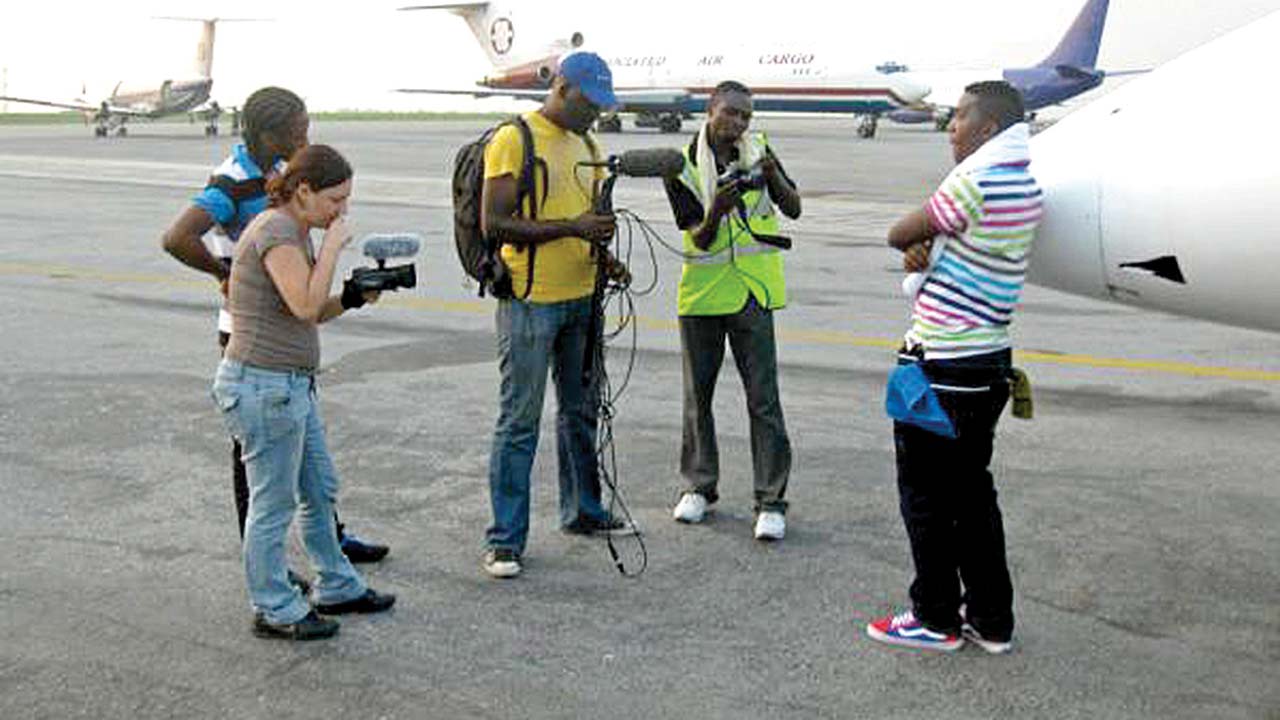 This year marks the 25th anniversary of Nollywood as a nascent film culture. No doubt, the industry has come a long way since its advent was marked by the release of the blockbuster, Living in Bondage (1992). The history of how we got here is by now very familiar to most of us. There was an economic recession like the one we are currently going through during the tenure of the military President, Ibrahim Badamasi Babangida, and the Bretton Woods International Financial Institutions – International Monetary Fund (IMF) and the World Bank – recommended that Nigeria should implement the Structural Adjustment Programme (SAP) in order to resuscitate the economy. Needless to say that the programme destroyed many sectors of the Nigerian economy, including the film production sector. This was because SAP required that the naira should be devalued. Of course, we had no choice in the matter. The naira was devalued and this further compounded the economic woes of the country because as an import substitution economy, based largely on importation of goods and services for sale at the domestic market, the result was that the prices of goods and services skyrocketed. Nigerian filmmakers could not afford the cost of buying or hiring film equipment and purchase of raw stock from Europe and North America. This was at a time we did not have the required trained manpower for film production. The technicians were also recruited from abroad. The cost of doing this became prohibitive. Many of the filmmakers such as Ola Balogun, Eddy Ugbomah, Adamu Halilu, Hubert Ogunde, Adeyemi Folayan, Jab Adu, Francis Oladele, Sanya Dosunma, etc, who had flourishing film production practice in the early 1980s, had to fold up their film production companies because of the inability to afford foreign exchange required for the sponsorship of their film production.

As the popular saying goes: when one road closes, another will open. And so it was. The abrogation of film production in the celluloid format was a financial blow to the first generation filmmakers in Nigeria. Many of them went bankrupt and some, like the prolific filmmaker, Ola Balogun, left filmmaking for good. But the irrepressible Nigerian spirit drove those remaining in the profession into experimentation with the video camera as a format for film production. This new film culture was inaugurated with the commercial success of Living in Bondage (1992). As we mark the 25th anniversary of the Nollywood film culture, there is need for a retrospect. How good have we fared as a film culture? Though some folks may consider it immodest to beat our chest as an internationally acclaimed film culture, the UNESCO seal of approval rating Nollywood as the second largest film culture, in terms of production, is an indication that Nigerian cinema has come of age. Beginning from 1992, professionalism has been established in the industry. We now have Directors Guild, Actors Guild, Producers Guild, etc. Recently, members of Rivers State Actors Guild collaborated with the Department of Theatre and Film Studies in the maiden edition of what the department has conceived as a yearly training programme to be carried out jointly between the industry and academia, thereby integrating our industry practitioners in the training process of the next generation of Nigerian filmmakers. Dubbed ‘UNIPORT Nolly Film Workshop,’ the maiden edition held between Monday, February 27 and Friday, March 3, 2017. In attendance were more than 150 practising young actors, who were mostly untrained. They were therefore highly excited to be offered an opportunity for hands-on training by veteran actors like Sam Dede and Columbus Irisoanga.

As a mark of the growth attained in the industry, film production is fast becoming genre-driven. The popular genres of Nollywood are, by now, known to everybody. They include the Ritual genre, Christian Evangelical films, Comedy, Campus Stories, the Niger Delta genre, Epics, etc. Genre seasons are usually launched by an agenda setting popular story in the tabloids. For instance, when the Okija saga erupted into the national consciousness as a result of the crisis between former governor of Anambra State, Chris Ngige, and his political sponsors, including insinuations that other politicians and ordinary citizens were being dragged to Okija shrine for oath-taking, the Inspector-General of Police and his men raided the shrine and this triggered off a genre of films on the influence of the shrine on social life in Anambra State.

A key area where Nollywood is currently not doing well is the area of training. Nollywood is the only major film industry in the whole world, which does not have a solid academic foundation. By this I mean it is the only major film industry without a well-established educational or institutional backing. Even though the industry is currently 25 years old, there is no single Department of Film and TV Studies in the entire country. In this respect, there is no basis for comparison between Nigeria and the other major film producing countries such as the U.S. or India. They have well-established educational institutions of academic and professional orientation to provide academic leadership to film practice in their country. Nigeria has failed woefully in this regard. The Federal Government only pays lip service to the industry. Even when the government voted money for the training of filmmakers, it never occurred to the Nigerian leadership to initiate policies towards bridging the institutional gaps in the industry. National policy-making agencies such as the National Universities Commission (NUC), the Nigerian Film Corporation (NFC), the National Film and Video Censorship Board (NFVCB) and the supervising Ministries of Education and Information and Culture have failed the country. The operators of the National Film Fund, established by the government of President Goodluck Jonathan, preferred to sponsor Nigerian filmmakers to film training institutions in Colorado, U.S. and Mumbai, India, than establishing Departments of Film and TV in Nigerian Universities. The love of estacodes has made officials in the above government agencies to sell their souls to the devil. If government truly recognised the film sector to be one of the pillars of the national economy, and that it is a major employer of Nigerian youths, then the Federal Government ought have established a well-funded film school in each of the geo-political zones in the country to train manpower for the industry.

Even the President Muhammadu Buhari government, which claims to be people-oriented, got wrong the first move it made to fund the industry. President Buhari’s advisers did not advise him to establish a well-funded Department of Film and TV in Bayero University, Kano, or even a professional film school, knowing full well that the ancient city is the centre of filmmaking in Northern Nigeria. Evidently such a policy won’t put much money in their pockets through the award of over-bloated contracts; so, they advised President Buhari to build a film village in Kano. That is where the over-bloated contracts will come from. As God would have it, Islamic clerics vehemently opposed the proposition. This is the proverbial case of putting the cart before the horse. Which should come first? Training the manpower, which can help to run or establish a film village or setting up a film village first before training the manpower to operate it? Your guess is as good as mine. Here then is a typical case where corruption has helped to dream up a project to feed its festering greed. Thank God that the Islamic clerics killed it. The project was primed to fail right from inception because it was borne out of greed.

Without government backing or patronage, the Department of Theatre and Film Studies, University of Port Harcourt, has conceived this training project for practitioners in the industry. We hope to be doing this on a yearly basis by the grace of God, and most importantly, in conjunction with renowned industry practitioners for purposes of providing hands-on training for young and aspiring filmmakers. For this year’s edition, a veteran Nollywood director, Teco Benson, gave technical training to aspiring young directors. His work was complemented by Chika Onu, another renowned Nollywood director, who is a staff of the department. These are people with more than thirty years cognate experience in these fields.

Educational and professional training are key areas of deficiency within Nigerian cinema. Others include film finance and distribution, and the problem of piracy. Of these problem areas, the most important is that related to the development of the human capital. If we give proper training to the next generation of Nigerian filmmakers in all the fields of the film industry, they will be better placed to produce works, which would be competitive in the global market place. If we want to witness a harvest of Oscar Award winners, we must begin right away by investing in the educational and professional training of our filmmakers right here in Nigeria. The way to go about it is through collaborative instruction provided by veteran industry practitioners and members of the academia. If we sustain this initiative provided by UNIPORT’s Department of Theatre and Film Studies, which has now provided the platform for collaboration between industry practitioners and members of the academia, we will be sowing the seeds which will grow up and yield a harvest of Oscar Award winners in the various field of cinematic art in the future. In this collaborative effort, government policymakers can help by advocating policy direction that will help us attain the set goal. We have made mistakes in the past but such mistakes should not be left to fester. They can be corrected and they should be corrected. The Federal Government of Nigeria should give proper recognition to the film sector of the national economy because it provides thousands of Nigerian youths with job opportunities. The industry is a private-sector-driven industry, and in this respect, it helps to reduce the burden on government to provide jobs for these youths. The way government can reward this job-spinning sector is for it to help establish and fund institutions, which will provide the proper educational and professional training for the teeming population of Nigerian youths, who choose to build their career in the film industry.

National Nigeria greater together as one, says Buhari
10 hours ago 0