Gareth Bale struck his third goal in as many Euro 2016 games as brilliant Wales cruised into the last 16 as winners of Group B with a clinical 3-0 dismantling of Russia on Monday.

First-half strikes by Aaron Ramsey and Neil Taylor sent Chris Coleman’s men well on their way to a comprehensive win in Toulouse against an overwhelmed Russian side.

But Bale was a constant threat all night and grabbed his third goal of the tournament when he cleverly dinked the ball past Igor Akinfeev with the outside of his right boot midway through the second half as Russia were eliminated.

The last players to score in all three group games at a European Championship were Milan Baros for the Czech Republic and Ruud van Nistelrooy for the Netherlands, both in 2004.

The win coupled with a 0-0 draw between England and Slovakia in Saint-Etienne allowed Wales to top the group and set up a last-16 tie in Paris this weekend.

“Fantastic performance,” said Ramsey, who was named as the man of the match.

“We topped the group, which nobody probably would have seen coming. Our main target was to get out the group. You can hear the fans still singing and I think we’ve made them proud.” 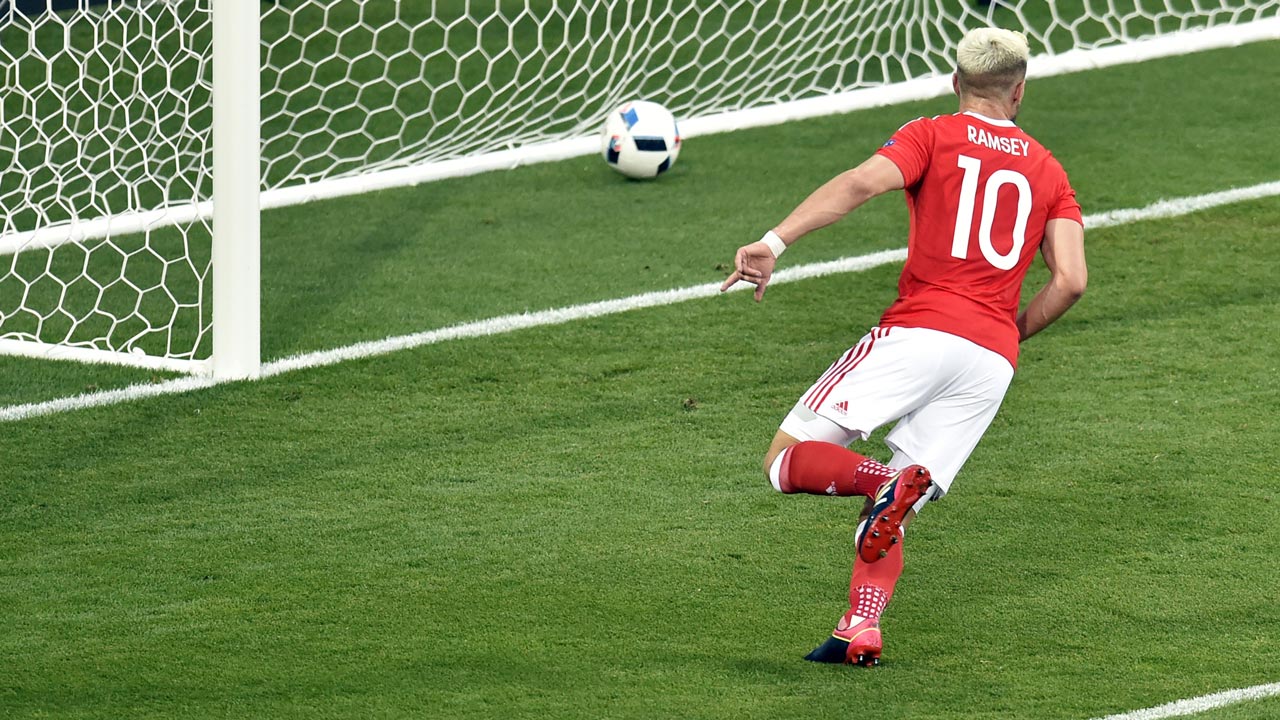 Wales' midfielder Aaron Ramsey celebrates the team's first goal during the Euro 2016 group B football match between Russia and Wales at the Stadium Municipal in Toulouse on June 20, 2016. Pascal PAVANI / AFP 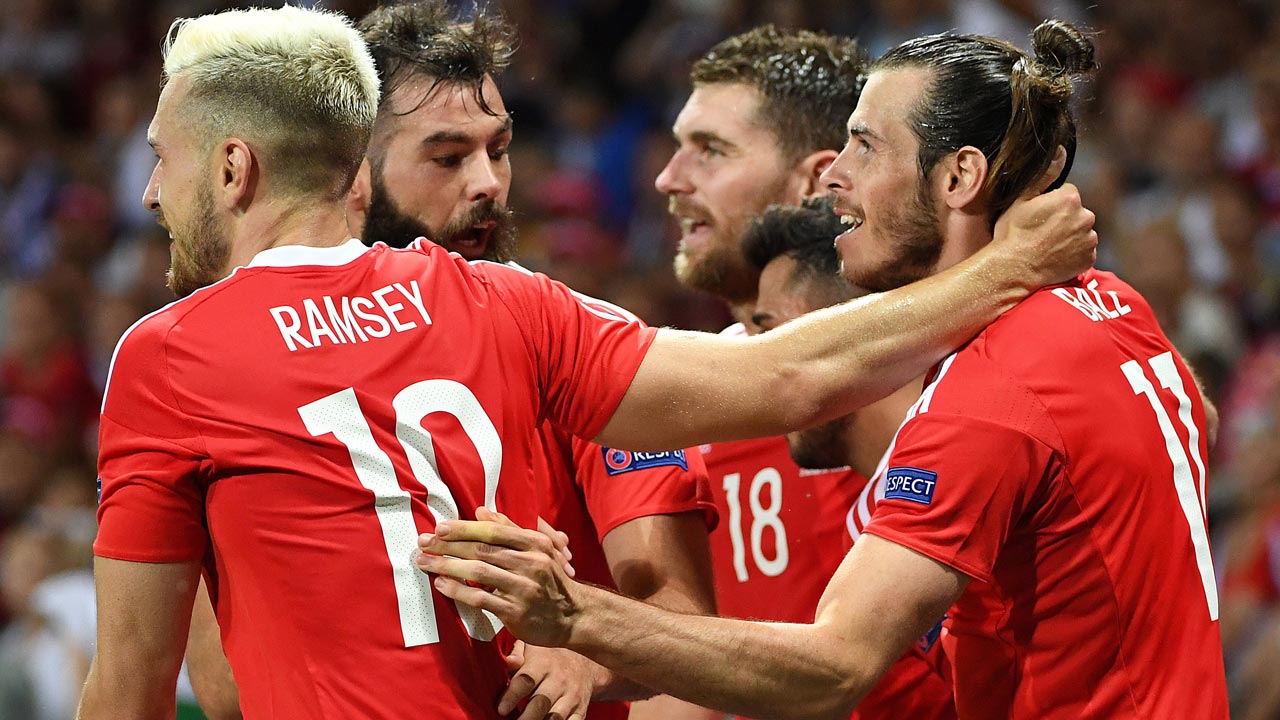 Wales' forward Gareth Bale (R) celebrates scoring the team's third goal during the Euro 2016 group B football match between Russia and Wales at the Stadium Municipal in Toulouse on June 20, 2016. PASCAL GUYOT / AFP 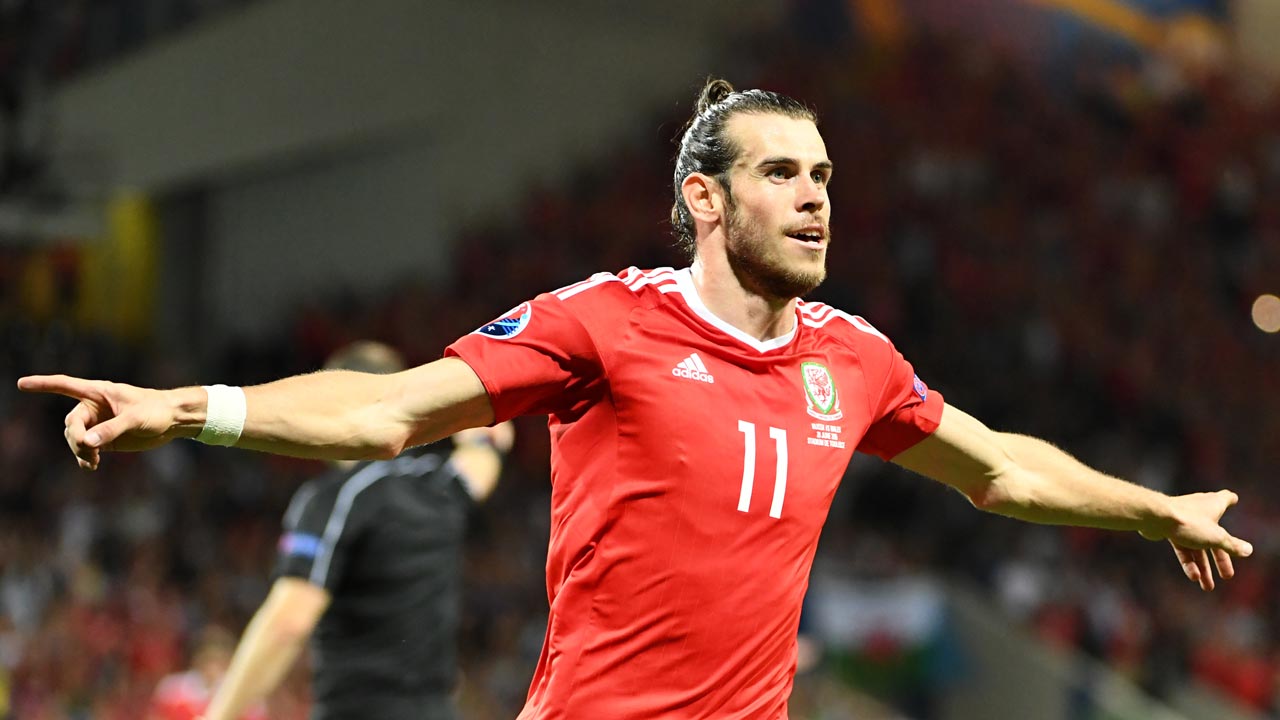 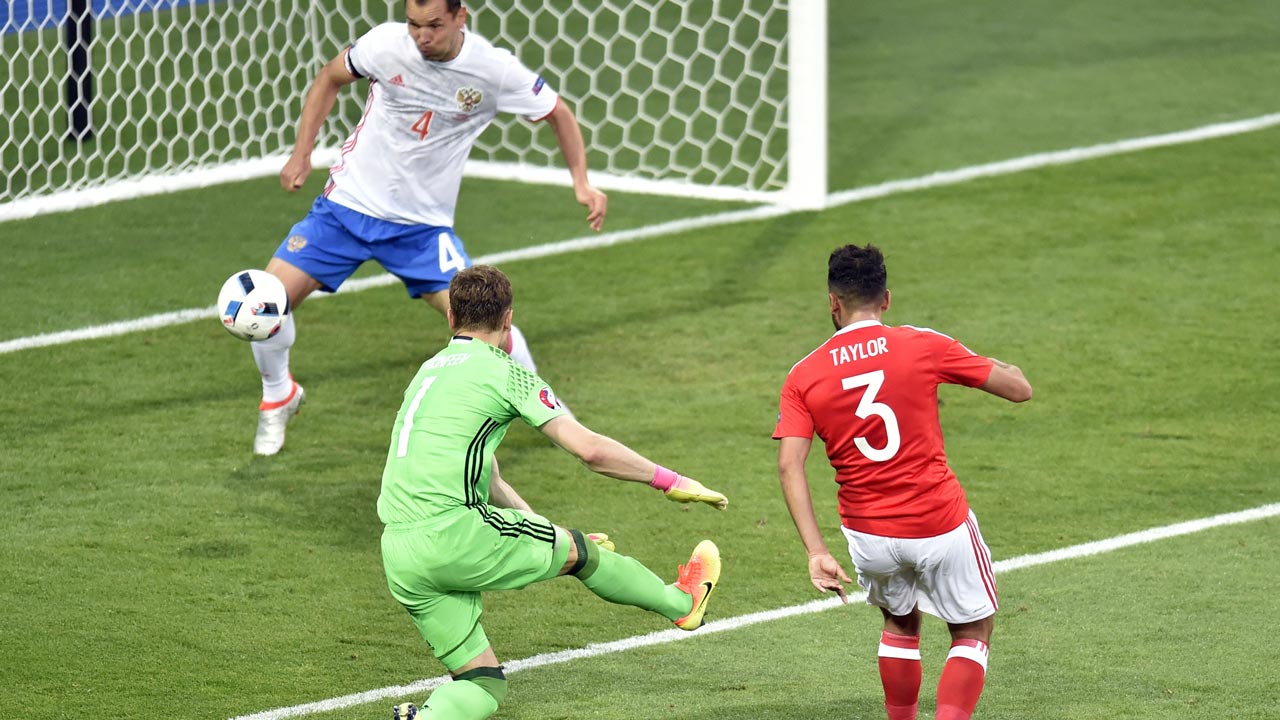 Wales' defender Neil Taylor scores the team's second goal during the Euro 2016 group B football match between Russia and Wales at the Stadium Municipal in Toulouse on June 20, 2016. Pascal PAVANI / AFP

In a match labelled ‘high risk’ following violent clashes between Russian and England supporters in Marseille last week, it was Wales who provided all the drama on a balmy night in Toulouse.

Russia had to win to stand a chance of going through after a 1-1 draw with England and a 2-1 defeat to Slovakia left them bottom of Group B.

But against the backdrop of a 2000-strong police presence in ‘La Ville Rose’, Leonid Slutsky’s men were left clutching at straws after a lightning start by the fired-up Dragons.

After a promising start that saw Bale force Akinfeev to save down low in the opening minute, it was Arsenal midfielder Ramsey who got Wales up and running in the 11th minute.

Ramsey ran on to Joe Allen’s superb pass that split the Russian defence and dinked the ball over the onrushing Akinfeev and in.

Ramsey’s maiden goal at a Euros sent the huge Welsh support behind the goal wild, and took the wind out of Russia’s sails.

Slutsky’s men quickly lost composure in the key area of midfield, and Wales made them pay.

When Allen’s smart ball found Bale in acres of space as he powered up the middle, the Russians left the left flank wide open for Taylor.

Bale’s attempted pass took a deflection, but Taylor latched on to beat Akinfeev at the second attempt after the rebound fell nicely to double Wales’ lead on 20 minutes. It was full-back Taylor’s first goal for anyone in more than six years.

Wales suffered a brief scare when captain Ashley Williams directed Akinfeev’s long kick-out into the path of Fedor Smolov, who could only fire wide as Wayne Hennessey came out to block.

But Wales threatened again, Bale waltzing past several defenders to set up Sam Vokes to his right, only for Akinfeev to rescue Russia again.

Akinfeev was almost caught unawares by a vicious Ramsey drive from 30 yards as the Russians backed off, and Bale forced the Russian goalkeeper to block twice before setting up Ramsey for a shot that Akinfeev blocked at the second attempt.

Wales kept on knocking at the door and got their third goal midway through the second half.

Ramsey ran across the edge of the area to draw the Russian defence and slipped a pass through for Bale, who found himself one-on-one with Akinfeev before coolly dinking the ball past the veteran ‘keeper to seal a famous Welsh win.