“I was the Concorde of boxing. I was at a higher altitude than the rest, moving faster than the rest but you just have to get used to riding on jets again when you can’t ride Concorde anymore.”

It is 42 years since Muhammad Ali soared to a higher altitude than any sportsman in history but, even now, his ‘Rumble in the Jungle’ with George Foreman retains its capacity both to mesmerise and surprise. Muhammad Ali, say his friends, was always at his sharpest first thing in the morning.

Whether it was running through the hills of his Deer Lake training camp, writing poetry or, while speaking softly on the phone to close family members in the final years of his life, it was when he was at his most productive.

Never was this more gloriously evident than at 4.23am on the morning of Oct 30, 1974, when he landed the straight right–hand punch that knocked out Foreman in Kinshasa, Zaire. In the words of the novelist Thomas Hauser, it was a moment that “inspired more global joy than any athletic achievement in history”. 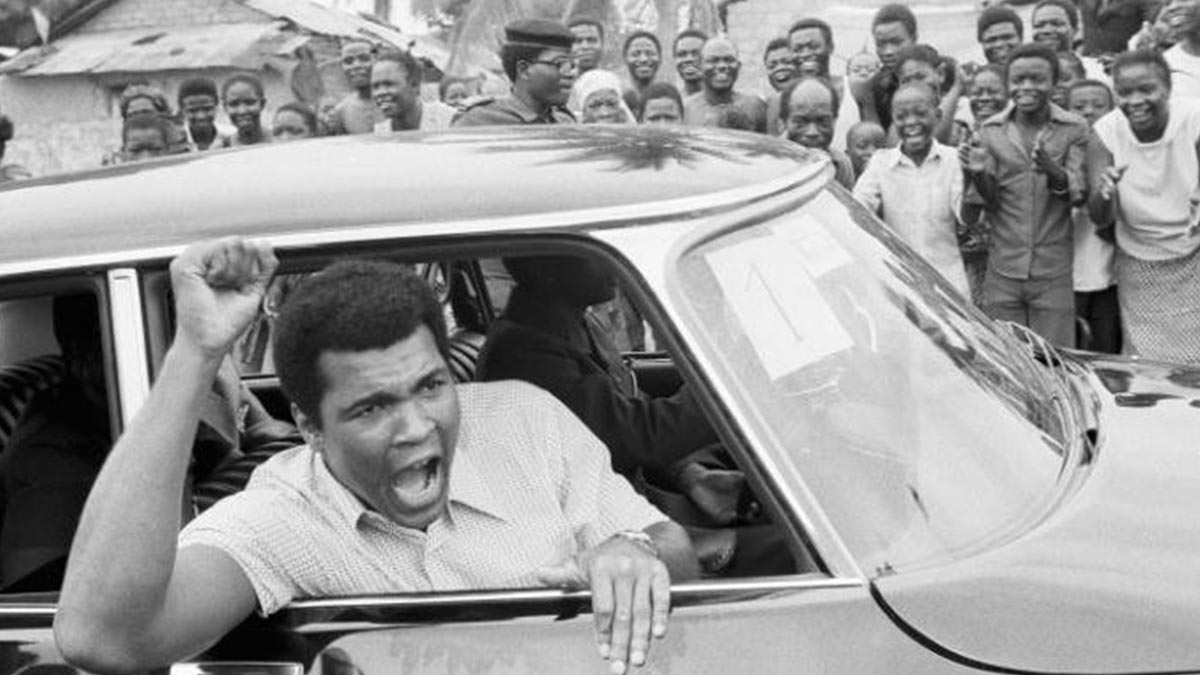 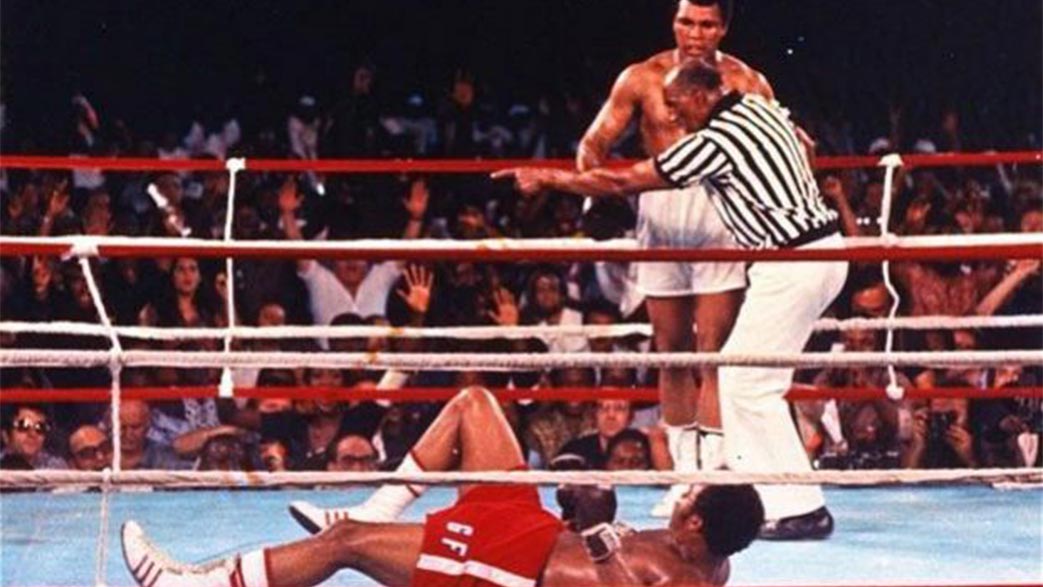 Muhammad Ali knocks out George Foreman to win ‘The Rumble in the Jungle.’ 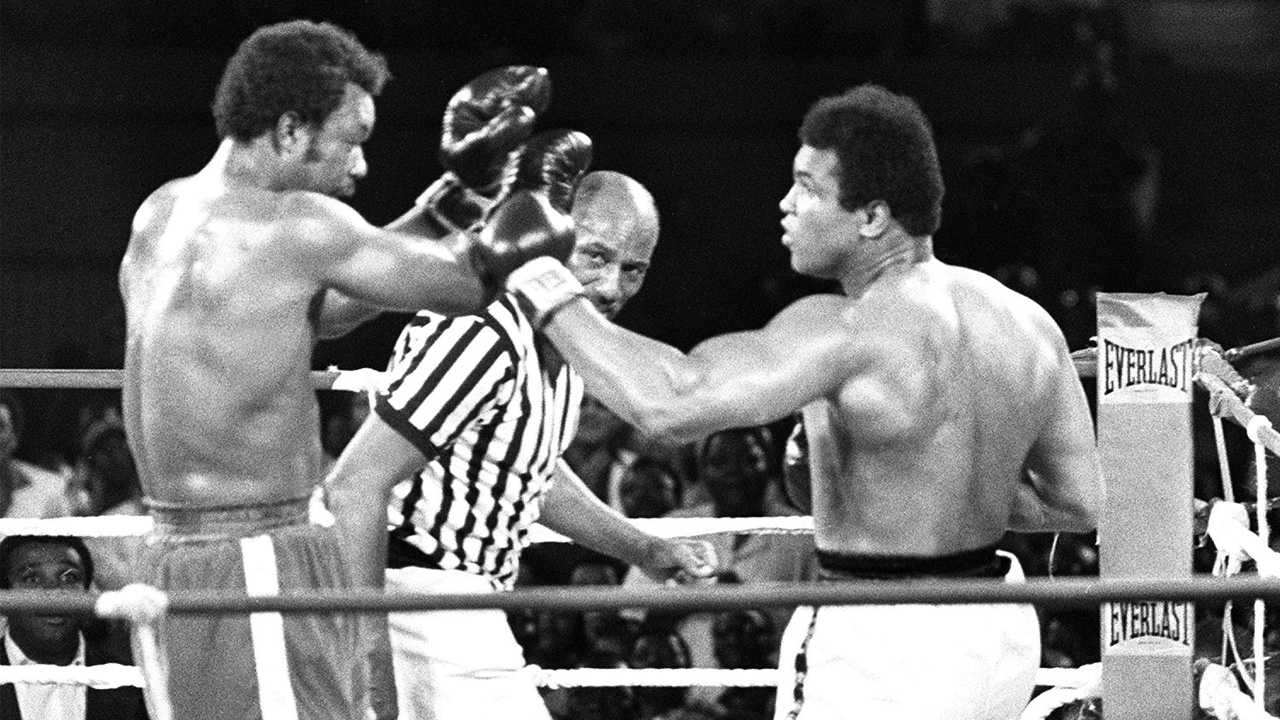 (FILES) This file photo taken on October 30, 1974 shows the fight opposing former world heavyweight boxing champion the American Muhammad Ali (R) and his compatriot and titleholder George Foreman (L) in Kinshasa. Ali won and got back his title. Boxing icon Muhammad Ali died on Friday, June 3, a family spokesman said in a statement. "After a 32-year battle with Parkinson’s disease, Muhammad Ali has passed away at the age of 74," spokesman Bob Gunnell said. / AFP PHOTO / - 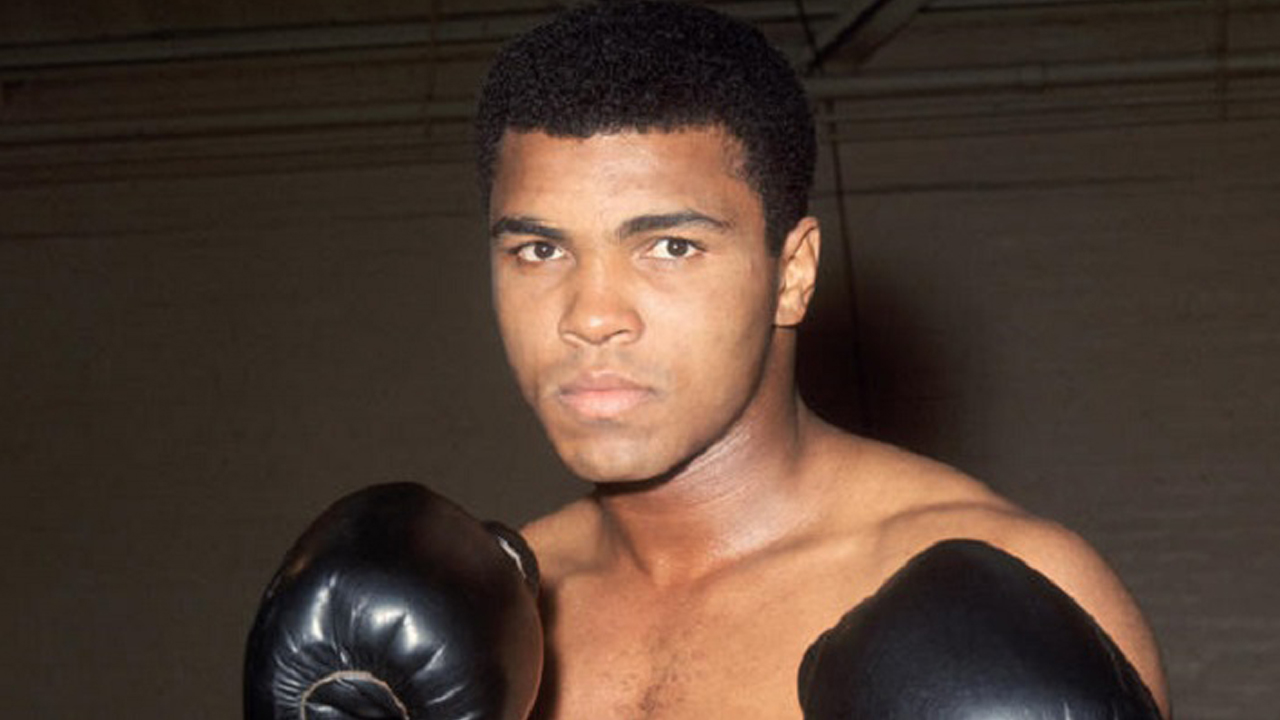 Of the men in Ali’s corner, only business manager Gene Kilroy and physician Ferdie Pacheco are still alive. Both now into their eighties, Kilroy still works in the casinos of Las Vegas and remained in almost daily contact with Ali and his family. He is the guy with the wild hair and big beige suit who was first into the ring when Ali regained the world heavyweight title. When Kilroy visited Ali’s home in Arizona to celebrate a recent birthday, they watched a tape of the Foreman fight.

“I told him that George wants a rematch,” said Kilroy, smiling. “He turned to me and his eyes lit up but he whispered, ‘He’s not getting one’. He loved to watch the tapes of his fights.”

Kilroy remembers Zaire vividly and still almost shivers at the thought of entering Foreman’s dressing room in the minutes before the fight to see the champion’s hands get taped.

Hugh McIlvanney, the doyen of British sportswriters, summed up the mood in a single sentence: “As we go to the stadium at that unreal hour we shall be hoping for a miracle but dreading a calamity.”

It was a feeling shared globally after Foreman had demolished two fighters in Joe Frazier and Ken Norton who were the only men to have beaten Ali.So what was really the feeling inside Ali’s entourage in those moments before the fight? “My biggest fear was, suppose Ali got hurt,” says Kilroy. “How good are the hospitals in Zaire? What would we have to do? Go on an aeroplane and get to Paris. I discussed this with Ali and he said: ‘Don’t worry about me, worry about George’.”

Kilroy says that Ali’s self-belief was underpinned, above all, by his Islamic faith. Two lesser known factors were also important. Ali’s preparations for the fight had been inadvertently aided by a delay that kept him in the remote village of N’Sele, 40 miles outside of Kinshasa on the Zaire River, for 55 days before the fight.

“If that fight had been in America, he might not have been in such great shape,” Kilroy says. “Being in Zaire, where people couldn’t flog him, haul him here, haul him there, helped. We had our cooks, our own little village. It was like one big happy family.”

Ali’s daily routine in Zaire involved a 4.00 a.m. run, breakfast, a late–morning movie, a nap, his daily afternoon training session in a makeshift gym, dinner and then a walk by the river before lights out at 10.00 p.m. He would complain that he missed “pretty girls and ice-cream”. Ali woke at 2.00 a.m. on the morning of the fight and was driven by bus with his entourage to the Stade Du 20 Mai, where 60,000 people had gathered.

“Everybody waved to him, he was at peace,” Kilroy says. This was evident when Foreman kept Ali waiting. Amid chants of ‘Ali bomaye’ (Ali kill him), more than 20 minutes elapsed between the challenger climbing into the ring and the fight starting. “He would not have cared if Foreman took an hour,” Kilroy says.

Ali’s tactics have gone down in boxing folklore. He did largely lie on the ropes and allow Foreman to punch himself out but equally important was the aggression he showed early in the bout.

Shortly before travelling to the stadium, Ali had asked to speak on the telephone to Cus D’Amato, the legendary trainer, who would later inspire Mike Tyson to become the youngest heavyweight champion. “Cus was Ali’s boxing mentor,” Kilroy says.

D’Amato told Ali that Foreman was a bully and that it was imperative he threw his first punch with “bad intentions” to make Foreman’s strength his weakness. “Fear is like fire, it can burn your house down, or it can cook your food,” D’Amato told Ali.

He also took confidence from watching a video of Foreman knocking Frazier down six times to win the title. Kilroy says: “When Foreman knocked Joe down, George had his hands on the ropes in the neutral corner. Ali said: ‘No stamina. Wait till he hears round six, round seven, round eight’.”

The rest, of course, is history. Ali did knock Foreman out in the eighth round. A monsoon arrived an hour after the fight. Ali and his wife Belinda returned to N’Sele in the back of a Citroën with his entourage in the bus behind. “It was like the return of a victorious army,” Pacheco says. “All through the jungle, people were lining up along the road with children in their arms, waiting for Ali in the pouring rain.”

At that moment in 1974, there was no more famous person in the world. In the same year, Kilroy still recalls walking through downtown New York with Ali. “New York stopped,” he says. “Cars honked. People rushed to embrace him. He was no mere fighter then, he was the king of the world and he always had time for the poor and powerless. I remember a lady came by our camp in Zaire and said her son was sick.
“Ali said: ‘We’ll go visit him.’ She took us to a leper colony. The staff would put the food down and walk away. Ali was soon lying down with the lepers, hugging them. I took about 10 showers when we got back. Ali just said: ‘Don’t worry about it, God’s looking out for us.’ He always had time for people.”

That quality also shines through in the most recent of the many films of his life – the 2014 production of I Am Ali – that was enriched by the inclusion of private family cassette recordings that Ali made during the late 1970s. Hana, Ali’s daughter, was three at the time and discovering these 90 hours of tapes “gave me back my childhood memories and made me laugh, smile and cry.”

In one recording, Ali explained why he was making the tapes. “History is so beautiful, but at the time we’re living it we don’t realise it.” The film was produced by the English director, Clare Lewins and it is striking when looking back on Ali’s life just how much has been eloquently told through the eyes of British journalists. The late David Frost was also the first broadcaster to reach Ali’s dressing room, minutes after Foreman had been knocked out.

Robeless, still sweating and having just admired his virtually unmarked face in the mirror, it is Ali and not Frost who asks the first question. “Am I the greatest of all times?” Ali says. “Muhammad, you told me in Deer Lake that you were the greatest of all times and I think everybody out there watching now will say you proved it,” Frost replies. Ali then asks if he is live on closed circuit television.

“Right now,” Frost says. Ali glares straight down the camera and delivers what remains his most famous monologue. “Everybody stop talking now. I told you, all of my critics, when I beat Sonny Liston that I was the greatest of all times. I told you today, I am still the greatest of all times. Never again defeat me, never again say that I am going to be defeated, never again make me the underdog until I’m about 50 years old, then you might get me.”

Directly behind Ali, with his hands on the new champion’s shoulders, is Kilroy. He had a front–row seat for the greatest sports story of them all. “Nothing will ever take my memories away of being with Ali,” says Kilroy, his voice momentarily cracking.
“Millionaires and billionaires would pay their fortune to have done what I did. When I was with Ali, I sat with kings, presidents, emperors and queens. You can’t imagine the fun we had. Nothing could compare. I lived it. I was blessed. If I was to die and go to heaven, it would be a step down.”
• Culled from www.telegraph.co.uk